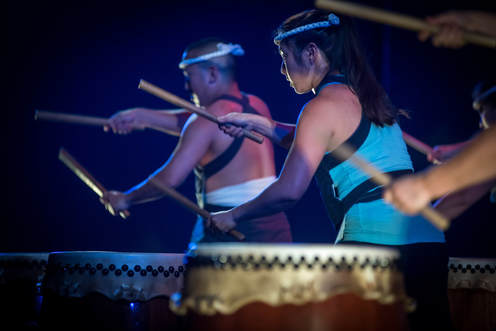 Rouga depicts a pack of hungry wolves chasing prey through the intensity, speed, and directional changes embodied by the performers. The song picks up speed as the hunt goes on, increasing in intensity closer to the kill.

Ryo initially taught the song to Nen Daiko in the fall of 2012. Rouga uses a stance and drum striking technique created specifically for this piece, making it a challenging piece for both veteran and new members.  Members focused on absorbing every detail from the unique stance to the gaze of the performers over two workshops in two years.

Rouga has been a favorite among members and audiences alike, and Nen Daiko is extremely appreciative of Ryo's generosity. 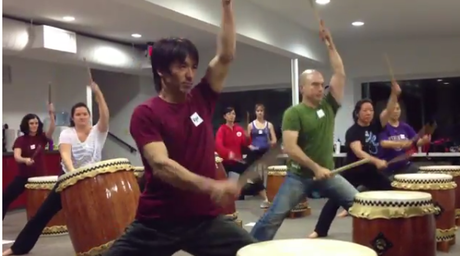 Ryo was born in Yuasa-cho, Wakayama-ken in Japan. He first started playing taiko at age 11, and joined a taiko group named Shippu Uchi Daiko at age 16. In 2008, he became a professional solo taiko performer and instructor. The fact that he, with a small 11 year old body, could make a drum sound louder than an adult made a big impact.  Since then, he has cultivated a delicate but powerful style, and is known for the clear sound he is able to draw out of the taiko.  As an instructor, he focuses on body mechanics instead of force, making him a favorite of students of all ages. He has trained with Mr. Katsuji Kondo, an original member of Kodo, and has won recognition for playing odaiko. 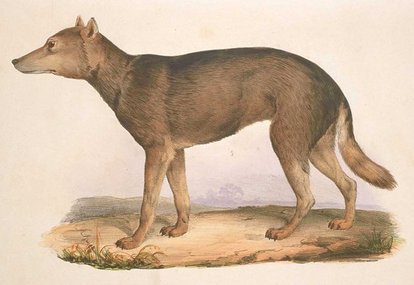 Ryo composed Rouga in 1995. Before Rouga, he had composed many fun and festive songs, but not very many intense, physical songs. This song was a departure for Ryo - a new exploration.  He thought why just stop at creating a song with force and impact. Ryo's goal with Rouga was to bring a new kind of energy to the stage. He wanted to compose a song would inspire fear in the audience.

Ryo's other motivation was to tell the story of a wolf species from Japan that is now extinct. The Japanese wolf (Canis lupus hodophilax) is related to the gray wolf and was last seen around 1905.  Since this species does not exist anymore, Ryo wanted to find a way to make its essence visible. He wanted the now-extinct Japanese wolf to live through this song. ​​
Fun Facts about Rouga and the Japanese Wolf

This video shows part of our performance at the North American Taiko Conference in August 2017 as part of a Taiko Jam concert. Thank you to the volunteers with the Taiko Community Alliance led by Benjamin Pachter for taking this video.
Video by Mark H. Rooney at Nen Daiko's 20th Anniversary Concert in August 2014

This video shows only a minute of the song Rouga. Come to an in-person performance to see the full song!
​ 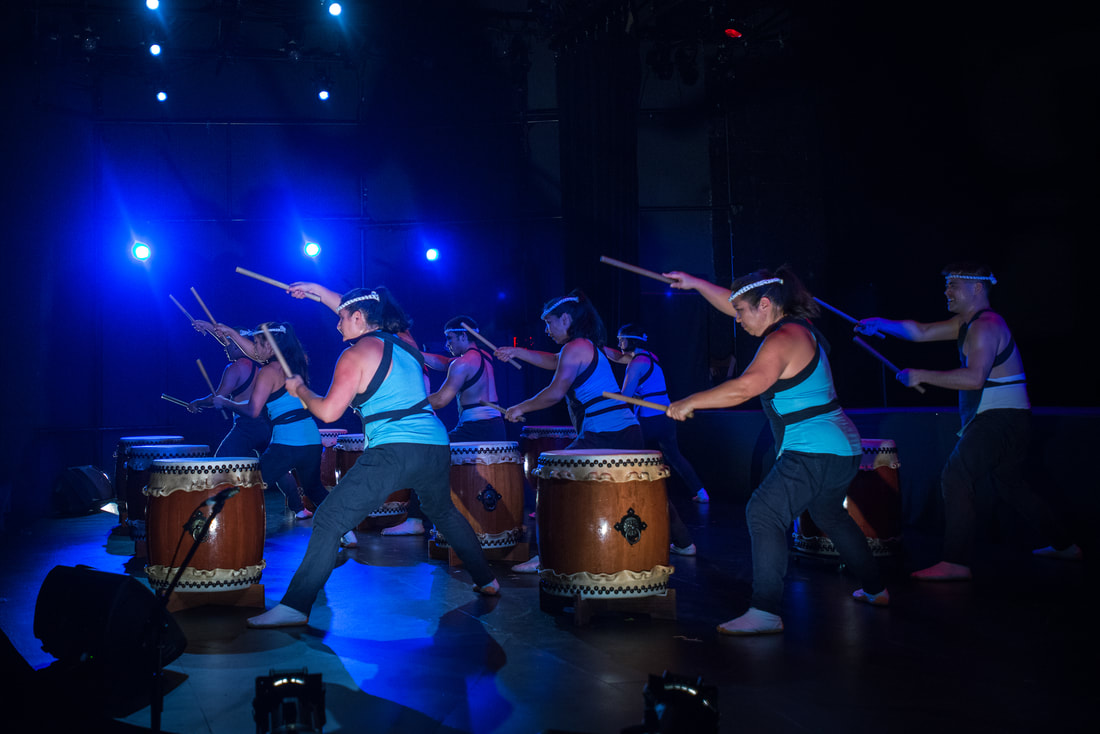